My Christmas reading list has really grown this year and that bodes well for my season of inspiration. I love the Christmas season. I like the baking, the music, the movies and the books.  Sometimes, though it can be a bit much. Keeping Christmas by Dan Walsh is the story of what happens when the kids leave the nest and find they just can't make it home for the holidays. Thanksgiving came and went for Judith and Stan. A quiet, long day full of gaps that were usually filled with tradition.  Stan missed the kids and grand-kids but Judith felt it more, especially the next day when Stan brought down the Christmas decorations.  That was just before he went fishing with his good buddy Barney. 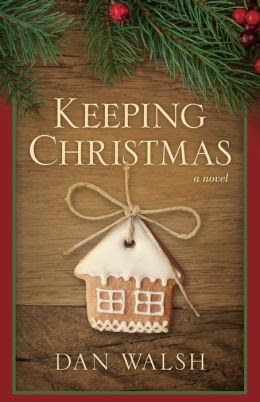 When he came home later with his catch of three bass, Judith was just as he left her. There were no ornaments on the tree and no decorations set around the house.  Judith always went all out with Christmas decorating the day after Thanksgiving.  Then again, she usually enjoyed doing this with the kids.  The box he had once labeled Ugly Ornaments was filled with all the ornaments Judith and the kids made together. Thinking to cheer her up, he went through them with her but she still didn't move to place them on the tree he had set up for her.  Nor did she get to it the next day.

Stan tried several things to help his wife cope with the loneliness she experienced without the kids bustling around the house that weekend. Without any promise of them coming home for Christmas either, he finally discovers the gift that could snap her out of her depression.  In the meantime, Judith finds strategies to help her make changes to her life with the help of Betty, Barney's wife.  For so many years, Judith put her life into the lives of her children.  Since they were all living at least two states away, she was feeling pretty lost.  The love and friendship she is surrounded with in the story is inspiring.

Dan Walsh nails this story! I recommend Keeping Christmas be added to your Christmas reading pile. By far it is better than a sugar coated television movie riddled with commercials. It is a meaningful story that could be told by many a couple whose kids have left to start their own family traditions. I found myself reaching for the tissues at the end because the story really touched my heart.  I could see this book written into a movie but I am afraid that like so many others before, why not skip the movie and just pick up the book. In fact, pick up two copies. One to read and one to give as a gift!
Posted by PinkGranny at 7:23:00 PM

Comments are connections between online friends! 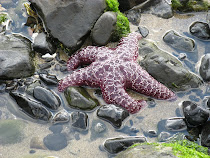